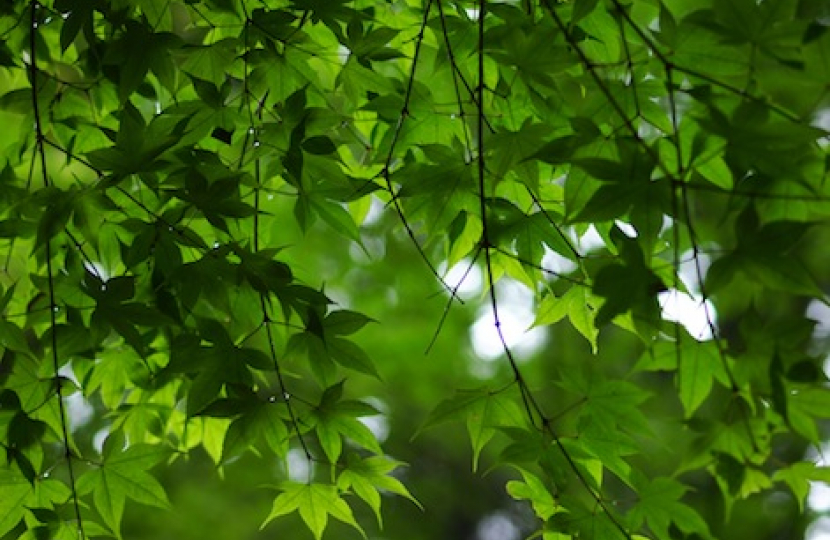 The long-awaited planting plan for Turnham Green, the result of the discussions at and after the AGM of the Friends of Turnham Green that led to the #Cherrgyate controversy, was published in late November. Except that it wasn't what many were expecting. Background information was missing - no names and numbers of trees already on the green; no biodiversity and ecology context; no map showing existing trees against which to assess possible new planting. A map showing coloured shapes where new planting could be was clear but lacked detail. Consultation methods were far too limited, largely online. The survey was flawed not least because there was nothing to stop everyone from completing it half a dozen, a hundred or more times. Cllr Joanna Biddolph emailed Cllr Samia Chaudhary, cabinet member responsible for Hounslow's open spaces, and others asking for clarification and improvement.

I am writing to express the very strongest concerns about this "survey" and to ask that it be paused so it can be recrafted.  It is far from ready.  It does not to justice to this important open space.  It doesn't meet the objectives agreed in discussions since the AGM at which the controversy first arose.  It is of great regret to me that I have to ask for this but I cannot endorse the current plan.

There must be a consultation, everyone wants that, but it must be well-informed and fair and that means residents need more information; that information must be helpful not misleading; taking part needs to be easier for more people; the process is open to abuse and needs to be tightened; the timescale is absurdly short and needs to be increased; without additional information to compensate for the fact that it is winter and hard to assess impact of trees in leaf, the timing is appalling.

This is National Tree Week and this issue is being treated as if it were a nuisance the council wants to get out of the way.  It appears as if LBH is not taking it seriously.

The survey appears to have been devised in a rush, without comprehensive thought of what is needed by residents and others who use the green to help them make informed responses.  It does nothing to build a sense of trust or a sense of community, or defuse the division caused by the lack of democracy initially, or demonstrate that the council wants to do all it can to reach an outcome that will leave people feeling their views were heard.  It does not take into account any lessons learned from the "consultations" and "surveys" held during the pandemic.  Even if it has been considered in great detail behind the scenes, it appears to be inadequately thought-through.  It does not build confidence.  The process was challenged immediately.

I am responding both on my own account and because I have now heard from several residents who have said that the information provided, the process, and the timescale are wholly inadequate.  It is clear it is renewing the division that arose around this issue initially, and it is causing increased division in Chiswick.  This next stage had the potential to bring the community together.  Instead, it has immediately created a great deal of anger, worsening the division.  It requires much more thought and work.

These are the main and most serious concerns:

Lack of information: there is no context to help people decide what is best

I raised this point when commenting on proposals to plant more trees on Chiswick Back Common - would they create either areas of darkness, raising concerns for people's safety, or convenient cover for anti-social behaviour such as drug dealing or mugging.  That proved to be relevant and the planting plan was changed.

It is impossible to tell from the proposals for Turnham Green whether any of the suggested groups of trees, or specific trees, would create corners of concern,  It is possible to say that another avenue of trees next to a path - or avenue of any tree that spreads across a path and shrouds out local lighting - will create dark spots as that currently happens along the existing avenue of cherry trees, particularly when they are in full leaf.  We must be very careful not to build in increased risk, or increased fear, by injudicious planting.  This point must be made in the background information that needs to be supplied, as explained above.

When I first looked at the survey, and saw that there was no requirement to provide an address or an email address, or any other information that might restrict the number of times anyone can complete the survey, I wondered if it was open to abuse - that individuals could complete it more than once and therefore encourage others to do the same to skew the result.

So I have just tested it.  I completed it four times, including by using two email addresses twice - see attached screengrabs.  I could continue completing it as often as I like, without providing an email address and/or by providing the same email address multiple times.  This is wholly wrong.

As it is possible for anyone and everyone to submit several responses, there is nothing to stop any individual or group from encouraging others to make multiple responses - skewing the result.  This must be changed.  It will be very easy to cause doubt on the outcome of this survey, regardless of the other concerns some of us have about the way it will be analysed.

Taking part needs to be easier for more people: much greater thought is needed to inform people about the survey, to enable them to respond

Both the timing and the timescale say more about wanting to get this irritant off desks than wanting to find out what people think, based on providing the information they need to make an informed decision.  The timing - in the run-up to Christmas - is inappropriate.

There is time now to revise the background information needed to avoid accusations of treating this important issue without appropriate care and attention - and to allow for a longer consultation period to avoid the busy Christmas period - and still plant trees that must be planted during the winter, in the winter.  Some of the suggested trees are best planted in autumn (already too late) or spring (months away) so delaying the outcome will not affect them.

While being "able to understand where those who have completed a survey live, which will be interesting" is a fact - it will be interesting - it won't necessarily disclose anything relevant such as whether all those who respond actually use the green.  As happened during the pandemic consultations, people from all over the UK and indeed beyond the UK are on emailing lists of organisations and groups and might well respond - despite never having been to the green.  We must set up a survey that minimises, not enhances, the chances of the results being skewing.

The survey is not ready

I urge you please to pause and provide the essential information our residents, and our business workers, need to make a good long-term decision for Turnham Green.