I’m a huge supporter of our independent shops, bars, cafés restaurants, beauty/health/wellbeing/service businesses, going out of my way to buy from them.  They are, for me, what makes Chiswick Chiswick and special so it was inevitable that I would want to work hard to represent them, setting up the Chiswick Shops Task Force in 2018 specifically to support them through the then tricky retail climate before COVID-19 made it even worse.  Since being elected in 2018 I have served on the planning committee (for one year); on the overview and scrutiny committee (OSC) on which councillors work non-party politically, in collaboration regardless of party politics, and its housing and environment scrutiny panel (throughout the four years); now in 2021-2022 I am chairman of the Chiswick Area Forum, changing the format and agenda to reflect the Chiswick community and give its many much-valued voluntary, charitable and business organisations a voice.

In my other life, currently limited as councillor life is so busy, I’m a self-employed reputation crisis management consultant having previously worked in politics, lobbying and corporate communications, and as an occasional journalist (for three and a half years I wrote the double page local issue feature, articles about local businesses, the kids’ corner column and restaurant and book reviews for Chiswick's popular local glossy magazine, The Green, which some residents might remember).

Not long after moving in to the GPGE, and long before I thought of standing for election, I campaigned against speeding along the A406 Gunnersbury Avenue/North Circular and rat runs through our quiet conservation area, and for improved street lighting, safer road junctions (the junction of Princes Avenue and Gunnersbury Lane remains a live issue) and better pedestrian crossings. Since being elected, I have campaigned about: 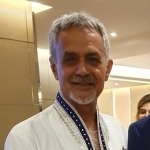 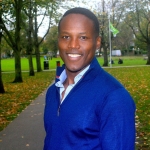 I live in the borough on the other side of Chiswick roundabout. I spent my early teens in foster home here in Chiswick and returned to work locally some years later. As a fostered child, I understand the importance of social care and social services.

Devonshire Road: First survey adhering to Market Research Society guidelines reveals that while over half want the road restrictions reversed there is a high level of support for a compromise

The Chiswick Shops Task Force has published the results of its detailed survey of businesses on Devonshire Road and Prince of Wales Terrace.

Hounslow cabinet members’ lack of grip on their portfolios was exposed in the overview and scrutiny call-in.  The cabinet decision was referred back on all four grounds of the call-in.

Motion of no confidence: Council leader Steve Curran is care-less and care-free about Chiswick and must go, says Cllr Joanna Biddolph

Hounslow’s Chiswick councillors tabled a motion of no confidence in council leader Steve Curran for debate at the Hounslow borough council meeting on Tuesday, 10th November 2020. Cllr Joanna Biddolph of Turnham Green ward seconded the motion. Her speech is below.

Cllr Joanna Biddolph today asked Cllr Steve Curran, leader of Hounslow Council, to do the decent thing and admit his group has made a mistake; remove the temporary schemes; hold a proper unbiased independently-run and independently-evaluated consultation to draw up suggestions; then consult on th

With about 20 empty shops in central Chiswick and more businesses set to close, Chiswick is at risk of becoming a clone town or a ghost town.  That’s why three Chiswick councillors, one from each ward incorporating Chiswick, have set up a task force to tackle the crisis facing independent shops.

On Tuesday, 21st June several local organisations and individuals spoke at the public inquiry, all against the proposals to build the 32-storey Chiswick Curve at Chiswick roundabout. 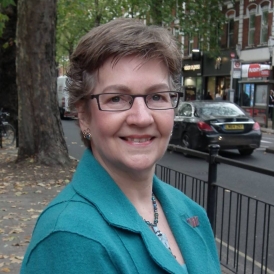