I live in the borough on the other side of Chiswick roundabout. I spent my early teens in foster home here in Chiswick and returned to work locally some years later. As a fostered child, I understand the importance of social care and social services. That is why I am outraged about the current proposals to cut funding for youth services. Chiswick needs a vocal candidate to stand up to the council on this and several other issues including CS9.

I look to  bring a relentless work ethic and enthusiasm to my role as your Councillor so that I hit the ground running.

In my current roles as a PE Teacher at a local school, Head Coach at Old Emanuel Rugby Club and as a former professional rugby player; a strong work ethic, energy and enthusiasm are my natural traits! 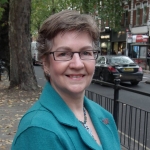 I am teaming up with Jack Emsley, Zoe Nixon and Seb Wallace to relaunch the Laptop Collection Drive exactly a year on after we collected over 500 devices for underprivileged children to help with their online learning.

We organised another successful Chiswick community clean-up, this time in four locations simultaneously and coinciding with the Keep Britain Tidy campaign.

Cllr Ranjit Gill joined in with the group in Chiswick Homefields ward, meeting at Airedale Avenue.

Hounslow cabinet members’ lack of grip on their portfolios was exposed in the overview and scrutiny call-in.  The cabinet decision was referred back on all four grounds of the call-in.

The three new Conservative councillors for Turnham Green ward (Joanna Biddolph, Ranjit Gill and Ron Mushiso) have announced that they will hold a monthly surgery for residents of the Gunnersbury Park Garden Estate (GPGE).

This morning –  Friday, 4th May 2018 – three Conservative candidates stood nervously, alongside candidates in other parties, at the end of long tables overseeing their count. 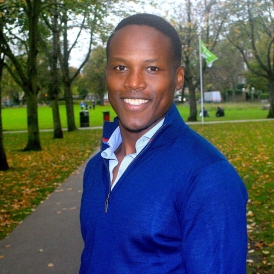